Hierapolis was an ancient city in Phrygia that later became a part of the kingdom of Pergamon. When King Attalus died, he bequeathed it to the Romans, and they came and did what they were known for: built roads, baths and taxed the hell out of the inhabitants.

A number of earthquakes destroyed the city over the centuries and eventually led to it being abandoned, and nowadays, while the site is extensive, there isn't much to see that remains in one piece. 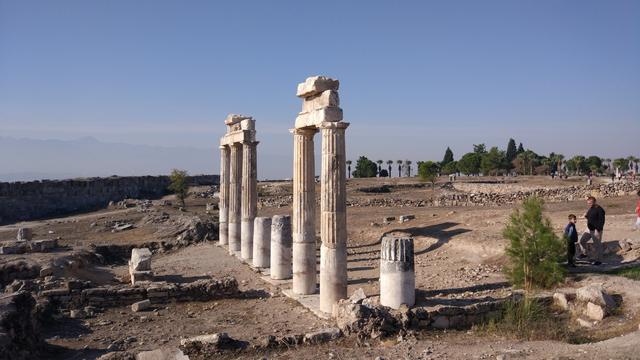 What's left of the gymnasium. 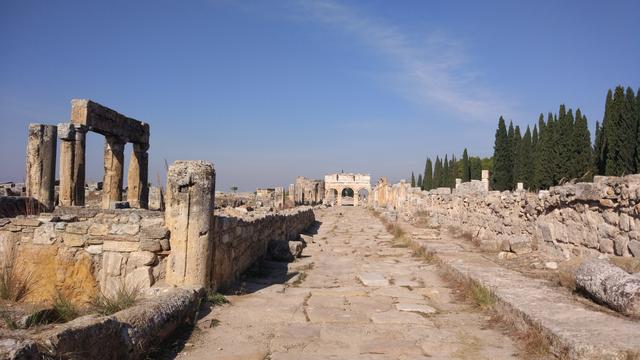 The main road leading up to Frontinus' gate. In some places you can see traces of a cloaca/giant drain going through the middle of the pavement stones. 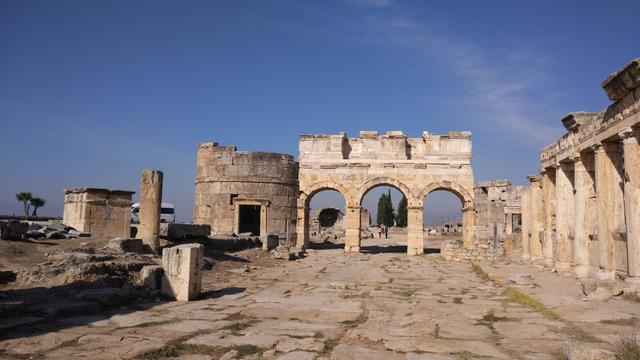 Closer view of Frontinus'gate with fortification right to its left. The archaeologists working outn the site originally thought it was built during the reign of Alexander Severus, but an inscription by proconsul Sextus Julius Frontinus points to Domitian times. This gate was the main entrance to the city. 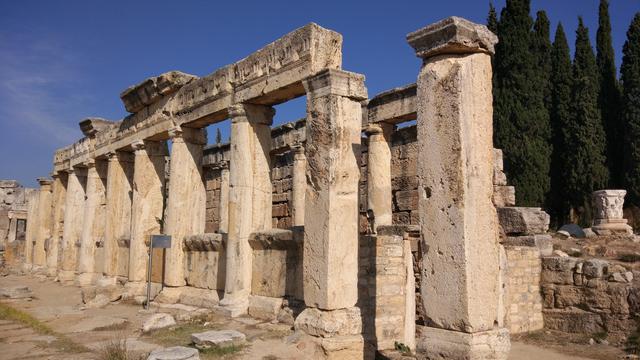 The latrinae, or public toilets. It's rather surprising that of all buildings, this one is in decent shape. 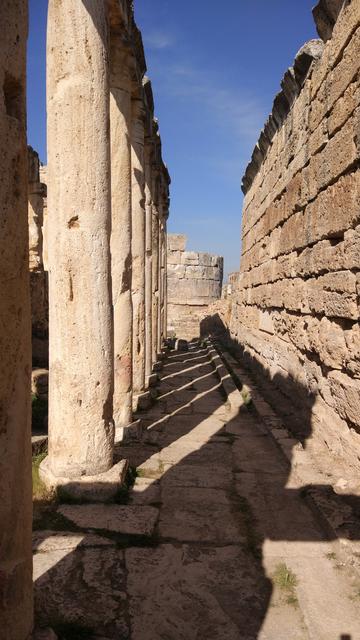 Inside the latrinae. Note the small drain to the right where clean water would flow through. Between that drain and the wall is where the seats would be. 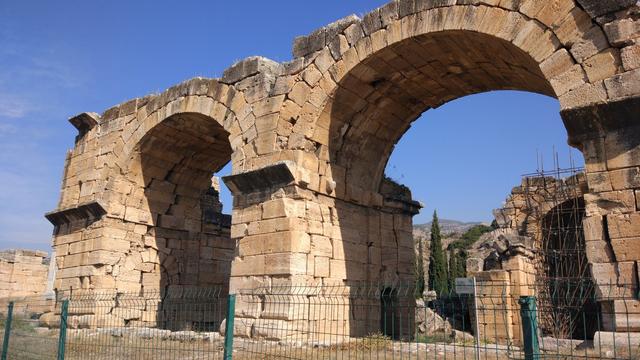 The baths outside the city limits. In this region of Anatolia it was customary for travellers to purify themselves by bathing before entering the city proper.

There is also a big necropolis with plenty of tombs and funerary stele and slabs, and an amphitheatre up on a hill that I didn't feel like trekking to.

Hierapolis also features a small museum with minor findings (statues, sarcophagi, pottery, glass and metalworks), not to mention an antique pool that, according to legend, was gifted by Mark Antony to Cleopatra, and is now know as Cleopatra's bath. The surrounding area, Pamukkale, has a couple of hot springs in a stunning geological setting, and it was the springs that originally led to a settlement being founded.